Join Us as we aim:

Clayton County CAN and some 40 individuals and groups have asked the U. S. Environmental Protection Agency (EPA) to more closely monitor the potential impacts of the Walz Energy commercial feedlot and biogas manufacturing operation being developed in the watershed of Bloody Run Creek, east of Monona. The location of the project is in an environmentally sensitive karst area, with known sinkholes nearby. Bloody Run Creek is a popular trout stream and an officially designated Outstanding Iowa Water, which merits special protection under Iowa and EPA regulations.

A letter initiated by the Clayton County Conservation Awareness Network (CCCAN) questioned the ability of the Iowa Department of Natural Resources to oversee the construction of the 10,000-head cattle facility. IDNR officials waited until Jan. 12 to issue a construction permit, despite the fact work has been ongoing since March of 2017. IDNR earlier had declined requests for a hearing on the permit, but later relented and held a hearing on Nov. 29 in Elkader. About 100 people attended, and most raised questions and concerns about the location and size of the industrial operation.

In addition to Clayton County CAN, the letter was co-signed by a number of northeast Iowa residents and neighbors of the Walz Energy project, and two state legislators, as well as by spokespersons for the Iowa Environmental Council, the Hawkeye Fly Fishing Association, the Iowa Chapter of the Sierra Club, and the Northeast Iowa Peace and Justice Center.

The full text of the letter can be viewed here:

This letter is to voice our concerns with how the Iowa Department of Natural Resources (IDNR) is handling oversight for the construction of a 10,000-head cattle and industrial biogas facility in the watershed of Bloody Run Creek, which is an Outstanding Iowa Water requiring Tier 2.5 protection, and a tributary of the Mississippi River. The livestock facility, Walz Energy, is on a 48-acre site in the karst region, with known sinkholes nearby.

According to the developers, manure from the animals will be flushed into six digesters, along with quantities of other organic material (such as out-of-spec corn sweeteners, beverages and produce,) where it will decompose anaerobically to produce methane. The methane then will be scrubbed to produce marketable biogas.

Effluent from the digester, “digestate,” will go to a 39-million-gallon anaerobic, earthen storage lagoon before being land applied. (Walz has committed to using a synthetic liner in the lagoon.) Walz claims there will be no pollution or discharge from the site.

Despite IDNR and EPA requirements that a National Pollutant Discharge Elimination System (NPDES) permit is needed to assure that construction does not cause soil runoff or other pollution, the work proceeded at least since March 2017 until January 2018 without a permit. There has been extensive grading and excavation, construction of six livestock buildings, and the construction of two concrete “transfer station” pits.

Mr. Jergenson from the IDNR’s Manchester field office inspected the site on April 7, 2017, four days after IDNR received the facility’s NPDES permit application, and observed construction activities. IDNR staff investigated the site again and met with Walz employees on June 20, 2017, and subsequently issued a Notice of Violation. Construction was allowed to continue, even though 20 acres of the site had been disturbed and Walz had not implemented all the required storm water controls of Iowa’s storm water general permit #2, according to IDNR’s June report.
A public notice asking for comments on the permit application was not printed until August 23, with a comment period continuing until October 2. Despite a number of comments asking for a public hearing, however, the IDNR on September 27 denied the public hearing request, citing the need to expedite the process.

On October 9, following more requests for a hearing, the IDNR reversed itself and agreed to a hearing at a later date. On October 19, the IDNR scheduled the hearing for November 29.

During this time, construction work continued on the Walz Energy facility. And, on October 11, IDNR officials investigated a runoff incident, for which another Notice of Violation was issued on Oct. 24 for an unauthorized discharge of sediment laden storm water to Bloody Run Creek.

Meanwhile, on September 29, the IDNR’s Wastewater Engineering-Industrial Section issued a construction permit for a 38.96-million gallon wastewater anaerobic lagoon at the Walz site. Ironically, that permit clearly states that “no construction activities shall be initiated unless an Iowa NPDES General Permit No. 2 for ‘storm water associated with construction activities’ is obtained from the department if the site disturbance equals to or exceeds one (1) acre.”

It seems clear that the IDNR has not followed its own guidelines for requiring NPDES permits before construction, or for enforcing violations of the permit requirements. That lack of IDNR action is in direct conflict with the department’s responsibility to protect the waters of the state, and specifically the Outstanding Iowa Water, Bloody Run Creek. Outstanding Iowa Waters receive Tier 2.5 protection under Iowa’s EPA-approved antidegradation rules.

On Nov. 29, 2017, the IDNR did conduct a public hearing on Walz’s NPDES permit application. More than 100 citizens attended. IDNR officials promised to review the testimony and make a decision promptly. That permit finally was issued on Jan. 12, 2018. The permit language states that a permit is needed before construction. That would suggest that IDNR and Walz Energy ignored permit requirements of the Clean Water Act from the time construction began, a period of about 10 months.

We would ask the EPA’s intervention to determine whether the Iowa Department of Natural Resources’ after-the-fact issuance of the NPDES permit violates the Clean Water Act, including federal storm water regulations and antidegradation requirements. We further ask that IDNR and EPA prohibit Walz Energy from beginning operation of the facility unless or until measures are in place to protect the waters of the State of Iowa, including the watershed of Bloody Run Creek, an Outstanding Iowa Water. In addition, we would expect the IDNR’s and the EPA’s protections to include the region’s groundwater and aquifers, which are made especially vulnerable because of the karst topography of the site. 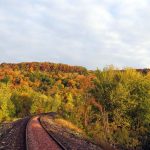 About Clayton County CAN